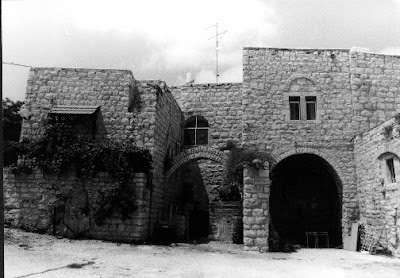 Sixty years ago today, early in the morning of April 9th 1948, commandos of
the Irgun (headed by Menachem Begin) and the Stern Gang attacked Deir
Yassin, a beautiful Arab village with cut stone houses located on the west
side of Jerusalem.

It was several weeks before the end of the British Mandate and the declaration of the State of Israel. The village lay outside the area to be assigned by the United Nations to the Jewish state; it had a peaceful reputation; it was even said by a Jewish newspaper to have driven out some Arab militants.

But it was located on high ground in the corridor between Tel Aviv and Jerusalem, and with the knowledge of the mainstream Jewish defence force, the Haganah, it was to be conquered and held.

In spite of being better armed, the two Jewish gangs were at first unable to
conquer the village. But after they elicited the help of a small band of
Palmach troops (the elite fighters of the Haganah), Deir Yassin soon fell.
The Palmach soldiers left; it was then that the massacre began.

That evening, over tea and cookies in the neighbouring Jewish settlement of Givat
Shaul, gang members told foreign correspondents that over 200 Arabs were
killed and forty taken prisoner.

This was reported in the New York Times the very next day (4/10/48, p.6). The terrorists claimed to have lost four of their own forces. They boasted of the “battle” but made no mention of the male Palestinians whom they had loaded onto trucks, paraded through some Jewish sections of Jerusalem, and then taken back to a stone quarry between Givat Shaul and Deir Yassin and shot to death.

On April 13th the New York Times reported that 254 Arab men, women, and children had been killed at Deir Yassin; there was no mention of prisoners.

The official Zionist leaders of the Haganah denounced the dissidents of the
Irgun and the Stern Gang accusing them of massacre, robbery, looting and
barbarism. Ben Gurion even sent an apology to King Abdullah.

But this horrific act served the future state of Israel well. As Begin said, “Arabs
throughout the country, induced to believe wild tales of ‘Irgun butchery’
were seized with limitless panic and started to flee for their lives. This
mass flight soon developed into a maddened, uncontrollable stampede.

The political and economic significance of this development can hardly be
over estimated.” (The Revolt, p.164) While modern historians argue that
Begin’s claims were exaggerated and that the actual number of Arabs killed
was closer to 100, they all agree that the massacre at Deir Yassin marked
the beginning of the depopulation of over 400 Arab villages and the exile of
over 700,000 Palestinians.

In spite of protests by Martin Buber and other noted scholars, within a year
the village was repopulated with orthodox Jewish immigrants from Poland,
Rumania and Slovakia. Its cemetery was bulldozed and its name was wiped off
the map.